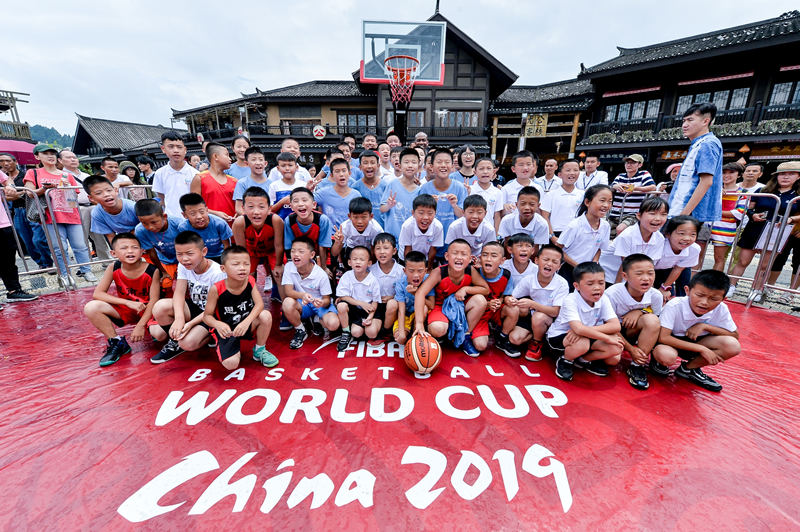 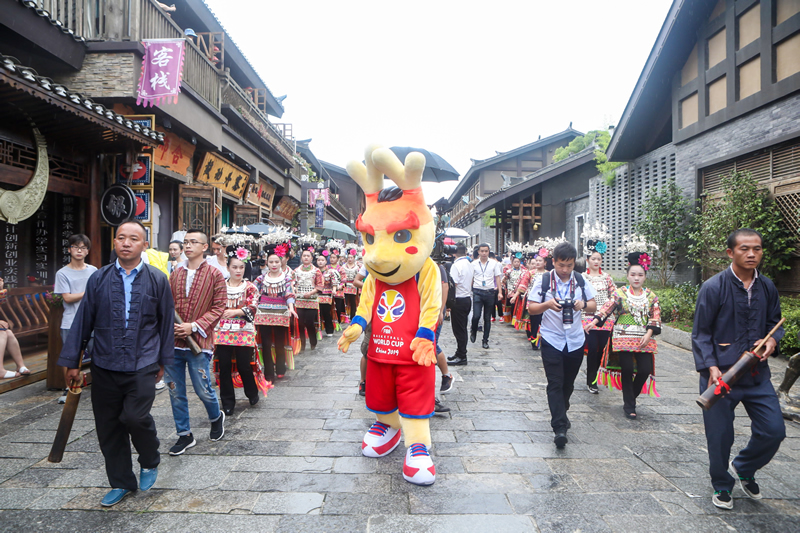 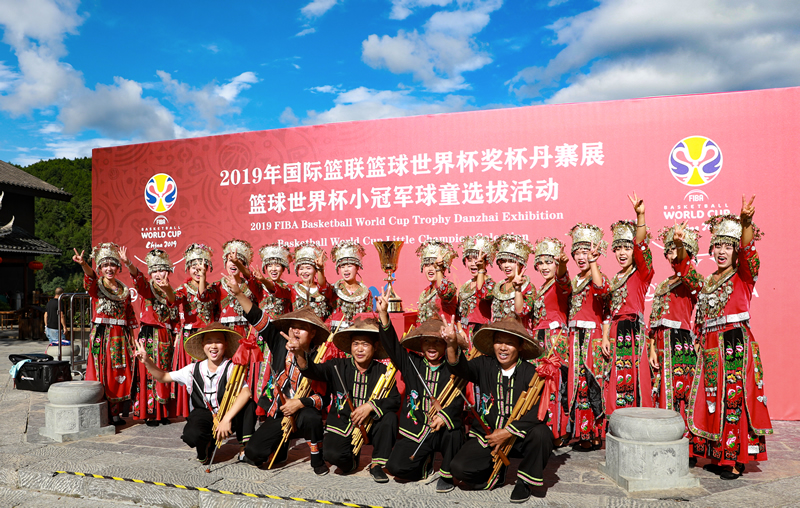 It’s a rare opportunity for Danzhai to host the World Cup trophy. The county was a national-level poverty-stricken county. In 2014, Wanda Group began its poverty alleviation work in Danzhai. Through a package of long-term, medium-term and short-term measures led by tourism to drive comprehensive development in Danzhai, Wanda has managed to help the county climb out of poverty two years ahead of schedule.

This year, the 2019 FIBA Basketball World Cup is going to be held in China for the first time. Thanks to FIBA’s support, Danzhai trophy exhibition is added to the 8-city trophy tour in China. In 2018, with the help of Wanda, 6 kids from Danzhai appeared at the opening match of FIFA World Cup in Russia as flag-bearers, making the unknown small county famous in the world. It is believed that FIBA basketball World Cup this year will cast spotlight on Danzhai again and let it be remembered by even more people.

Danzhai Wanda Village has prepared a grand reception for the trophy. During the event, dozens of Danzhai’s intangible cultural heritage masters escorted the trophy at the village. Miao priests gave their blessings to the trophy tour. Eight branches of the Miao in festival costumes led a parade that was joined by FIBA officials and other distinguished guests.

The appearance of Stephon Marbury excited basketball fans at the scene as well as millions watching the event online. This was Marbury’s first visit to Danzhai. By being part of the trophy exhibition, he is attracting nationwide attention to the upcoming FIBA world cup as well as  to Danzhai’s poverty alleviation program.

Mr. Xu Minfeng, Vice President of Chinese Basketball Association, said that the FIBA Basketball World Cup Trophy Tour will certainly ignite people’s passion for the upcoming games. The little champions selected by Wanda Group, as well as countless teenagers who love basketball, are  the future of Chinese basketball. Programs like the little champions will encourage more youngsters in China to play basketball, fall in love with sports and help China become a healthier nation.

Mr. Burton Shipley, President of FIBA Oceania, said that Wanda Group is a strong and close partner of FIBA and that FIBA attaches great importance to the partnership with Wanda. Mr. Shipley thinks Danzhai Wanda Village is a perfect demonstration of Wanda’s efforts to fulfill its corporate social responsibilities. And the Wanda Little Champions Selection showed how sports and basketball could help develop local communities.

Stephon Marbury said he was delighted to be interacting with the little champions. He encouraged them to “train themselves as strictly as champions”.

The Basketball World Cup trophy was unveiled in Danzhai Wanda Village, the sight of which delighted tourists from all over the country. Crowds scrambled to take photos with the trophy. Marbury also interacted with the little champions on a mini basketball court, and watched the shooting competition of the little champions, which became a special part of the trophy tour.

Mr. Hengming Yang, President and CEO of Wanda Sports Group said, “We are very pleased with the new credit facility. The successful refinancing demonstrates continued confidence in our business and operations, despite the global challenges and uncertainties resulting from COVID-19. We will continue to work diligently on behalf of our partners, athletes, fans and shareholders.”

Mr. Brian Liao, Global CFO of Wanda Sports Group said, “As always, we are committed to lowering our costs, monitoring our use of cash, and balancing our investments with disciplined management of our existing financial resources to optimize shareholder returns. The new facility provides the Company with additional financial flexibility, while allowing it to take advantage of the current favorable interest rate environment to lower interest costs.”

The term of the new facility is 364 days. The pricing will initially be LIBOR plus an applicable margin, and the term is subject to certain mandatory prepayment terms. These and the other principal terms of the new facility are outlined further in a Form 6-K (Report of Foreign Private Issuer) submitted today to the U.S. Securities and Exchange Commission.